"90% of the company's products are exported to Russia, South Korea, Australia and other places. With the spread of the epidemic, about 30% of orders have been cancelled, and delayed confirmation orders accounted for about 20%." A few days ago, CCTV News Network reported on Wenzhou. As an example, Juna Footwear reported the path of transformation and breakthrough of Wenzhou shoe companies and the government to deal with the dilemma of shrinking foreign trade orders.

Take Yangyi Street, Lucheng District, where Juna Shoe Industry is located, as an example. There are more than 130 foreign trade companies in the area, with an annual output value of nearly 3 billion yuan. Although work and production have been fully resumed, the escalation of the overseas epidemic has caused a significant drop in orders from enterprises in the jurisdiction. In order to help enterprises tide over the difficulties, Wenzhou Municipal Bureau of Commerce began planning to crack the "protection of foreign trade orders" work plan as early as February this year, and each foreign trade enterprise sent a liaison officer in the enterprise. The cadre of Yangyi Street, Chen Guangmin, is the liaison officer stationed in Wenzhou Juna Shoes Industry, helping enterprises to transform and upgrade from three aspects: solving enterprise employment problems, helping enterprises "grab orders", and inspiring service enterprises "internal circulation". 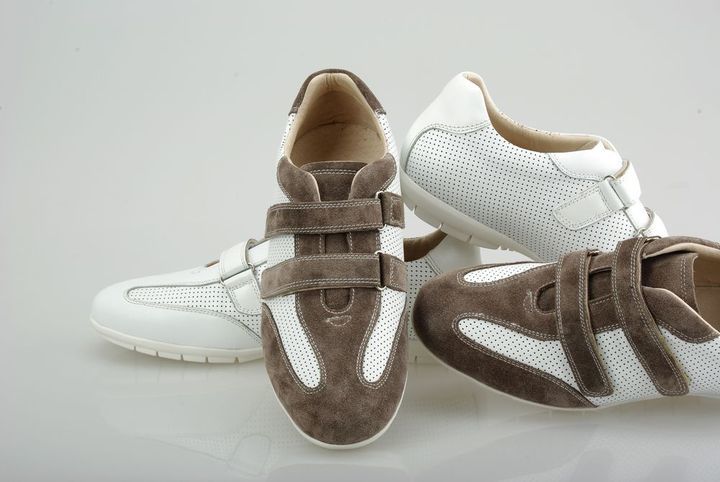 In order to work together with enterprises to overcome the difficulties, Yangyi Sub-district has also innovatively launched a new model of “promoting workers with work” and “recruiting workers with work”, and established a number of “work-receiving service groups” outside the province to Sichuan, Chongqing, Guizhou, and Anhui. Carry out "source recruitment" in other places. At the same time, it dispatches cadres to help companies to guide companies from export sales to domestic sales in a timely manner, actively build bridges for companies, and urge enterprises within the jurisdiction to "produce mutual assistance" and achieve "internal circulation".

The government's active "promising" has given the giant shoe industry, which has suffered from a shortage of orders, the confidence to start boldly investing in production lines for domestic sales. After constant trial and error, the company has designed a shoe model for domestic sales that not only has the characteristics of foreign trade shoes, but also fits the eyes of domestic consumers. On the other hand, Yangyi Sub-district is also actively planning to hold the first international e-commerce festival of the "China Shoe Capital" on March 30 to win more orders for enterprises within its jurisdiction. Nowadays, the Juna shoe industry sells 5,000 to 10,000 pairs a day to all parts of the country by means of "Internet celebrity" live broadcast and e-commerce platform distribution.

Recently, China Shoe Capital Phase IV started the Qianjing Village Project with a total land area of ​​260 mu. It is reported that the project aims at the transformation and upgrading of the "big shoe capital" industrial cluster. While appropriately retaining the supporting capabilities of the middle and low-end shoe industry, it focuses on the development of the smart manufacturing of the middle and high-end fashion shoe industry and the high-end shoe material manufacturing industry to form a production-city integration , Smart-operated comprehensive park-"China Shoe Art Smart City".

It is reported that this project is one of the projects that Lucheng District declared for the Provincial "152 Project" this year and one of the small and micro park projects, and the main leaders of the district party committee personally take command. At present, in accordance with the principle of “easy first and difficult later” in the planning and promotion, the project will be divided into three phases and advanced. This year, the plan is to first promote the construction of the Qianjing Village Project during the start-up period of the fourth phase of China's Shoes Capital and complete the statistical storage to ensure the implementation of the "152 Project" in the province of more than 2 billion yuan.