3D printing shoes is a continuing hot topic because it is closely related to our lives.

In the early years, 3D printing was mainly used for footwear prototype manufacturing and proof of concept. That is, in the early stage of product design, the designer puts forward the design concept and uses 3D printing to transform it into a physical model for further design and improvement.

Personalization: Why use 3D printing to make shoes? 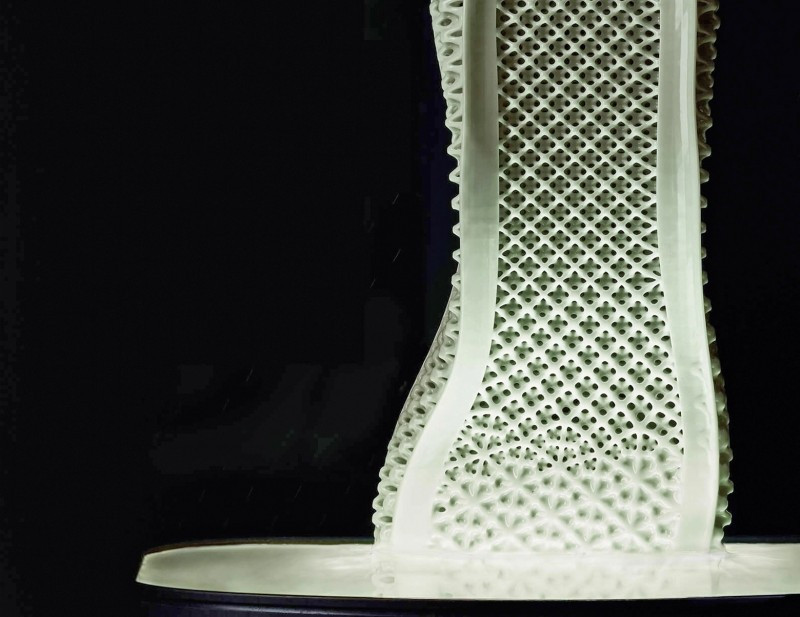 Each of us has different weight, foot type, running posture, landing style, etc. Even the left and right feet of the same person will be different. Through three-dimensional scanning, foot dynamic analysis and other technologies, it is possible to produce shoes that perfectly match the shape of each person's foot.

Let's take the domestic brand Li Ning as an example to see how to achieve personalized customization of 3D printed sports shoes.

First, a three-dimensional scan of the consumer's foot is performed to obtain the basic data of the foot shape, including foot length, foot width and other related parameters.

Finally, after obtaining all the above data, take foot shape, weight, plantar pressure size and distribution as one of the parameters, using modeling technology and simulation analysis technology, the program will automatically generate the plantar three-dimensional mesh structure, and finally get A 3D printed sole structure that perfectly matches the weight, foot shape and plantar pressure distribution.
It is understood that HP has cooperated with Superfeet, a 3D printing insole company, to launch the FitStation platform, which provides personalized customization through 3D scanning and gait analysis. The actual development process of the new shoe is as follows: first analyze the user's foot, and then use Superfeet's injection molding machine to produce the general part of the shoe, and then pass variable PU injection, foot pressure measurement, runner's joint movement analysis, and personal preferences Create customized sneakers.

When it comes to 3D printing insoles, Belgian Materialise is a pioneer in this field. Through Phits launched in 2014, Materialise has joined hands with RS Scan, an expert in foot dynamic analysis, to become the world's first company to produce 3D printed insoles based on the dynamic measurement of plantar pressure.

Using 3D printing technology, people's customization needs have been met. In addition to the great advantage of personalized customization, 3D printing has many benefits, including reduced production cycle, reduced inventory risk, complex structure manufacturing, lightweight manufacturing, etc. These advantages have attracted more and more companies to enter the 3D printing system. The shoes are under development.

If you divide a pair of running shoes into three parts: upper (Upper), midsole (Midsole), outsole (Outsole). If you think of a shoe as a car, the upper is equivalent to the body, the midsole is equivalent to the suspension system, and the outsole is the tire. It can be seen that the midsole is the soul of running shoes, and it is also the core symbol that distinguishes major manufacturers, and the foundation of standing.

The midsole of shoes is extremely important to human comfort. The role of the midsole is to provide stability, cushioning and rebound, absorb the impact generated during exercise, and provide protection and a relatively mild foot feel during exercise.

Peak 3D printed shoe FUTURE3.0, the sole and upper are made of 3D printing technology, which makes the product present the characteristics of high strength and light weight.

"Light curing molding" (SLA) is a type of 3D printing technology, but it has always been limited by the durability and plasticity of photosensitive materials. So stereolithography is suitable for making prototypes, but not for producing final parts. In addition, the speed of stereolithography is relatively slow, and it takes hours or even days to complete the manufacture of large parts.

According to "Market Watch" (Market Watch) reports, by 2023 at the latest, 20% of the products of Nike and Adidas will be personalized.

Nike applied FDM 3D printing technology to shoe uppers and made an innovative attempt. The material used is flexible TPU wire. Compared with the previous woven shoe uppers, the shoe upper has a higher density, which not only does not generate unnecessary friction, but also improves the tensile strength and torsion resistance of the upper.

FDM technology has now begun to move towards the consumer side. It is understood that the ECCO STUDIO Store opened by ECCO in Shanghai has begun to try 3D printing personalized customized shoes to the consumer side. The printing material is silica gel with good resilience and flexibility. The sole printing time is about 2 hours, and no post-processing is required after printing.

Facing the problem of rising labor costs in Asia and slow supply chain speed, Adidas deployed a "fast factory" to transfer production back to Germany, and tried to apply 3D printing and other automated production methods to the entire process of sports goods production to reshape this value 80 billion dollar industry.

Once, when Adidas' "Fast Factory" factory appeared in front of the public, "Adidas moved back to Germany!" The voice made some overseas factories worried. In the "fast factory", it can be done within 1 week from design to delivery. The company claims that once the design is completed, this production cycle may even be compressed to one day. Adidas said that they will not hire a lot of labor like factories in Asia, each factory only needs 160 people.

Before the advent of 3D printing, personalized custom shoes were difficult to achieve because the cost was too high. Nowadays, based on the comprehensive use of various technologies such as 3D printing, robotics, and artificial intelligence, mass production in the field of shoemaking is entirely possible to be replaced by personalized custom designs. Judging from the current development momentum of Adidas fast factories, the labor-intensive traditional shoe-making model may face greater pressure.

Refreshing and comfortable "one-word shoes", cool and versatile in summer, help you wear fashionable and elegant